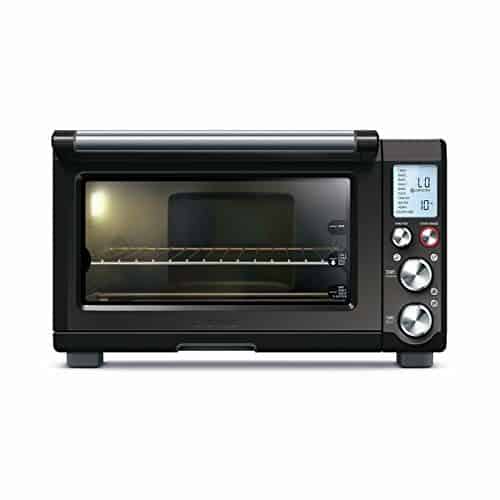 Choosing between two very similar convection ovens from the same series is always difficult. Making a decision can be even harder when both ovens are made by the same manufacturer, in this case Breville, because you can’t really compare build quality, reputation, and other similar factors.

To make the right choice, it has to come down to analyzing the small details and seeing which of the two Breville smart Ovens has the edge in terms of power and capacity requirements and is thus better suited for your cooking style. 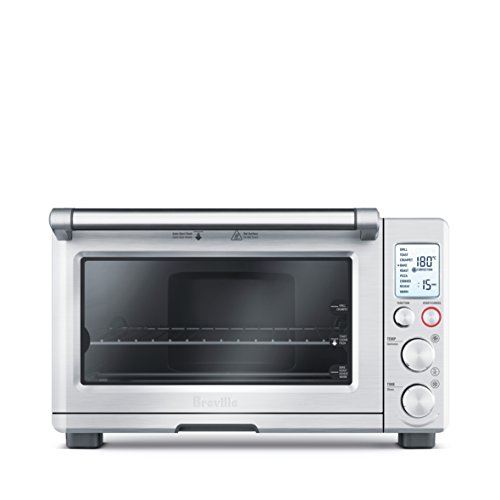 When it comes to cooking functions, there’s a lot you can do. You can use preset functions for toast, bagels, baking, roasting, broiling, pizza, and cookies. You also have two other functions which allow you to reheat food or keep it warm.

As far as ease of use goes, it doesn’t get much simpler than this. If homemade pizza is your thing, the oven can accommodate a 13” pizza stone or pizza pan. Breville sells pizza stone accessories separately or as an option when ordering the oven.

The display is simple and intuitive. It’s backlit and only has two lighting options: blue and orange. The latter indicates that the oven is cooking. The readability is good on both colors.

In terms of build quality, this is pretty much your basic stainless steel and plastic combination. Nothing too fancy for this price range but good enough, nonetheless. Besides, it’s the stuff that’s on the inside that matters most.

Non-stick walls make the ovens in this series very easy to clean. After all, you can’t avoid a bit of splashing, not to mention air condensation. A similar feature is also found in the Breville BOV845BSS.

Related Article: How to Use a Toaster Oven 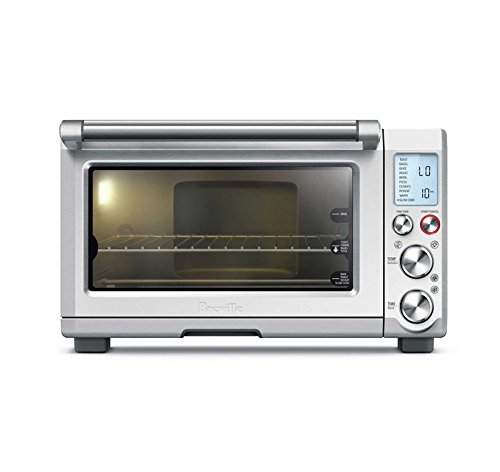 Some may call the Breville BOV845BSS the BOV800XL’s older, more experienced brother. But if you look at its features point by point, the differences are quite small between the two units.

In terms of materials, stainless steel and plastic are used, but the BOV845BSS looks slightly more robust. However, it’s worth pointing out that both smart convection ovens come with the same one-year warranty.

A backlit display allows you to see what’s going on with your food. It has good readability, but it does tend to go cloudy if the oven gets too hot. This might happen eventually, which is why it’s important to have some room on the kitchen counter on the sides and in the back.

The BOV845BSS oven has the same preset cooking modes as the BOV800XL, but it adds one more — the slow cooking mode. This feature is great if you want to cook a large juicy roast that breaks up if you just look at it. If you’re a fan of pulled pork and you don’t have a smoker, then slow cooking in a smart oven may be the next best thing.

On the interior, the oven features non-stick enamel coating. This makes it super easy to clean, but it may also reduce its durability as consistent use at high temperatures could cause the enamel coating to crack.

The BOV 845BSS Smart Oven Pro has an interior light while the BOV800XL Smart Oven does not.

Both ovens boast the same convection technology, same five quartz elements, and the same 1800W output. Consumer reviews show some complaints about fan noise in both the Smart Oven and Smart Oven Pro. I have the BOV845BSS and don't find the fan noise annoying.

When it comes to overall value, the BOV845BSS is arguably the better value as you’re getting an extra automated cooking mode and an interior light for a small upgrade in price.

These two ovens cook with the same power, speed, and efficiency. So, to make a decision, you have to ask yourself if the few extra perks of the Breville BOV845BSS are worth your while – and your money.

There are two ways to decide which of these two Breville smart ovens is right for you. If you’re not looking for a slow cooking function in particular and your budget is the main deciding factor, then the Breville BOV800XL may be the appliance for you.

If you don’t mind paying a little extra, you love making slow-cooked roasts, and you want to reduce the heat output in your kitchen, then the Breville BOV845BSS is a better alternative. It can save you the trouble of firing up the large oven, and it also offers a ton of other cooking options.

The Breville BOV900BSS another option. This unit has 13 cooking options one of which is air frying.