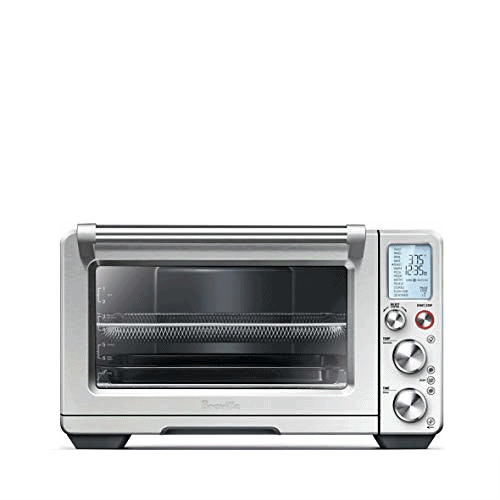 Breville's smart ovens are highly popular due to their impressive cooking speeds and  precision. So how could you even start comparing two different models from the same series? You take it step by step, weigh each feature against each other, and see which of these two beasts best fits your needs, kitchen, and budget.

Luckily, the Smart Oven Air and Smart Oven Pro have some clear differences in terms of functionality and pricing. These are the features that should make your decision a lot easier.

Both ovens are from Breville's Smart Oven line. This means that they were both designed around two important technologies: convection technology and the Element IQ technology.

The Element IQ technology ensures that the cooking elements are always heated to the appropriate temperature for the selected cooking mode. Together with the superior air distribution, this also ensures optimum and even heat distribution no matter the amount of food you're cooking. 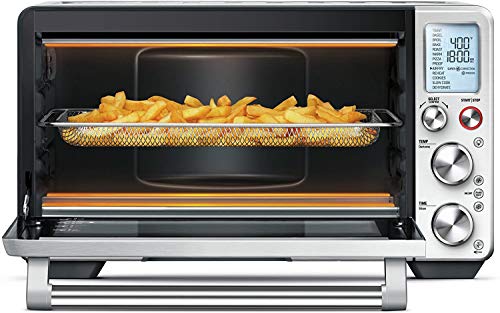 What is Not Ideal

One thing that may be worth noting is that this oven is also the largest in the Smart Oven line, so if you have limited counter space, this might pose a problem.

This is a beautifully assembled kitchen appliance from the inside out. The non-stick oven walls are easy to clean, while the stainless steel exterior is gorgeous as long as it's properly maintained. In addition, it also provides enough durability to the oven.

The 13 preset cooking functions give you complete autonomy over your food. You can make everything from perfect toast and bagels to slow-cooked roasts to dehydrated food. This is really the Element IQ technology at its finest.

The super convection technology features a two-speed air fan. This provides more temperature and cooking control and is partly the reason why the oven can handle so many types of cooking. You can set it to work on regular or super speed. As an added bonus, this updated technology also creates a greater volume of air.

In terms of size, the Smart Oven Air is a large convection oven to say the least. It can easily fit a 14lb. turkey easily or nine slices of toast at a time, enough for the entire family.

Breville packages this unit with multiple accessories. You get a 13" pizza pan, two oven racks, an enamel-coated roasting pan, a 9"x13" broil rack, and a mesh basket. The latter is essential for air frying and dehydrating food. A two-year warranty is included. 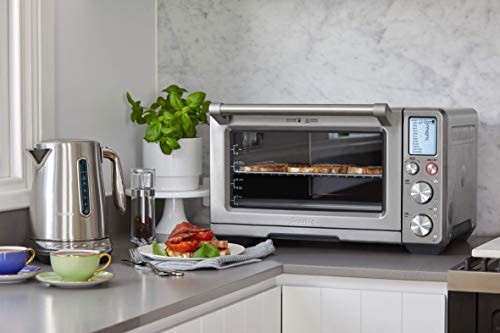 The main advantage of the Breville Smart Oven Pro is its compact size, which ensures you'll find room for it in almost any kitchen.

What is Not Ideal

You can use any of the 10 preset cooking modes which include toast, roasts, slow cooking, pizza, and more. As previously mentioned, this oven is also based around convection technology. It has a single-speed fan which is quite efficient and helps shorten the cooking process by up to 30%.

Its power output is 1800W, which is more than enough for whatever you may want to cook, but it also means that the appliance will get hot the longer you cook something. Wearing gloves and leaving a few inches of room around it is thus recommended.

Its 15.75"x18.5"x11" dimensions (LWH) are not outrageous. At the same time, its interior capacity of around 5.8 gallons is sufficient for cooking a large roast, a whole chicken, a 13" pizza, or about six slices of toast simultaneously.

The Smart Oven Pro comes with all the accessories you may need. No, it doesn't have a pizza stone, but it has a 13" non-stick pizza pan, two enamel-coated baking pans, and an oven rack. That's all you need to use it out of the box, minus the ingredients.

In terms of pricing, the Smart Oven Pro is not the cheapest Breville smart oven, but it's more budget-friendly than the Smart Oven Air. It's understandable as it has less cooking presets, less capacity, and a first-generation convection technology. For some people, this could be the deciding feature.

When it comes to style, the brushed stainless steel should look good in any kitchen. The Smart Oven Pro is made of the same materials as the Smart Oven Air. At least on the outside, it looks just as stylish.

The Breville BOV900BSS is clearly the superior oven. It can toast, slow cook, air fry, dehydrate, broil, bake, and everything in between. Any oven that offers so many functions is a big space saver in the kitchen.

But is it the right one for you? It is if you're a true foodie. You can tackle many recipes with it that it's almost a no-brainer. Its power and efficiency are top notch, while its capacity to fit a turkey of up to 14 lbs. is also great if you need to cook for a big family.

That being said, the Breville Smart Oven Pro has its own strong selling points, too. For starters, it is a much cheaper convection oven, and it too has 10 cooking functions, which is nothing to scoff at, especially when you factor in the slow cooking preset. It is a smaller appliance with less capacity and fewer accessories.

Although both ovens have their pros, unless your budget is the ultimate deciding factor, the Breville Smart Oven Air should be your go-to choice. It can do everything the Smart Oven Pro can  - and then some.

The Breville Smart Oven Air and Smart Oven Pro are both 1800W/110-120V units. They are convection ovens with Element IQ, auto shutoff, slow cook function, have an interior light and can accomodate a 13 inch pizza.